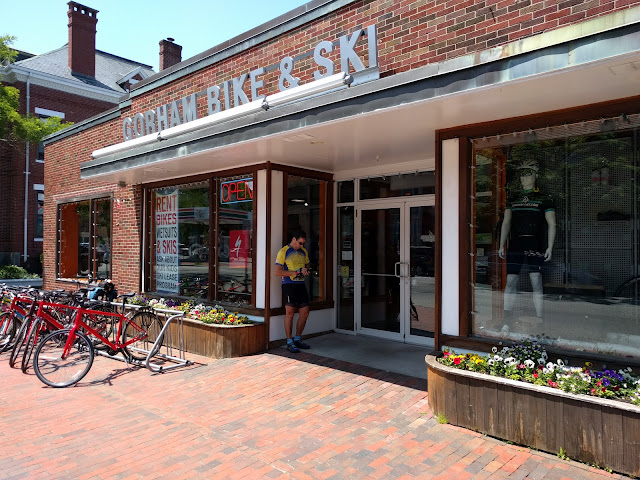 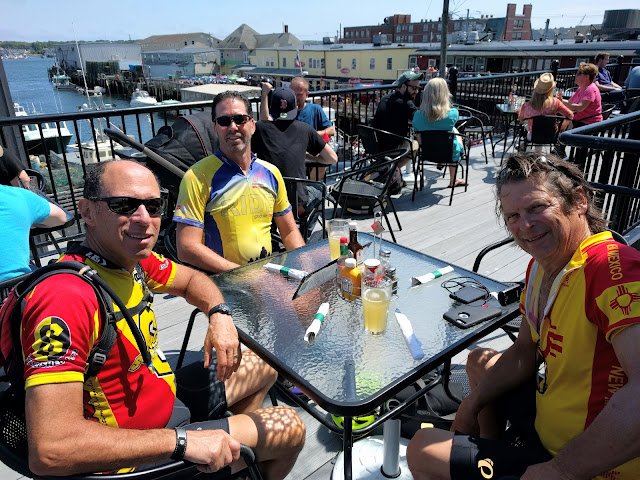 Posted by Seth Krieger at 6:20 PM No comments:

It has been two years since my last real tour, the most recent one being my wet, cold, hilly, and windy pedal from the north of Scotland to Carlisle in the north of England. This time we (touring buddy Fred, Florida buds Steve and Mitch, and I) packed up our stuff and headed for the cool forests of coastal Maine in the U.S. The plan was a seven day out and back from Standish (near Portland) to the Rockland-Rockport-Camden (RRC) area. In accordance with my recent conversion to the lower daily mileage camp of bicycle touring, the goal was to do 40 miles or so for each of the first three and last three days, and a day of casual exploration of RRC in the middle. We expected to be riding somewhere between 270 and 300 miles all told. Everyone agreed to the theme of the trip, which was to remain flexible and to take things as they come – a “flex tour”. 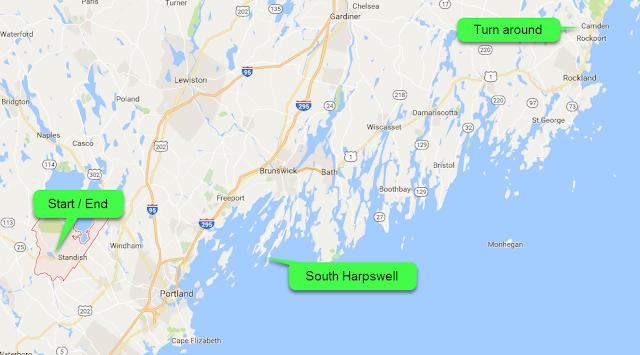 For Steve, the Maine ride was to be just one part of a longer road trip with his life-partner, Debi, and their latest RV. While we were doing this little bike tour, the RV would be parked at our starting point and Debi would be visiting with a family member in Massachusetts.  Fred flew in from Colorado the day before the first ride, as did Mitch and I from Florida.

A little background. A few months ago, at a birthday party for a mutual friend, I had the extreme pleasure of being seated next to a most delightful woman named Elaine. We soon got to talking and she shared that she and her husband David winter in Florida, but in the summer live in Maine on many wooded acres near Standish. “What a coincidence!” I exclaimed. “Some friends and I will be bicycling in Maine this June, starting in Portland!” Before I knew it, Elaine had not only invited us to start and end our trip at their place, but also had insisted on picking us up at the Portland airport and housing and feeding us as well.

A month or so later, Steve met another Maine couple, Elly and Charlie, at the Florida Bicycle Safari, and within minutes they too offered to put us up and feed us in South Harpswell if we were nearby. A few weeks prior to starting our trip, we all agreed to do just that if they were still willing, which they were. That diversion added some miles to our proposed route, but we weren’t about to forego their invitation. We were confident that it would all work out somehow.

Returning to the Portland airport, Elaine was there waiting for us when Mitch and I arrived, and in minutes her husband David drove up to the door of baggage claim, loaded us, our bags, and our bikes into their SUV and we were on our way. After a tasty lunch in town, we headed toward Standish, hoping to find that Fedex had delivered Fred’s bike to their home. As luck would have it, the delivery was not made because none of us had considered that Fedex would not leave the bike without someone there to sign for it. All that was left was a notice that they would try again on MONDAY – a day after we expected to ride out! A frenzied phone call to the Fedex office confirmed that there really was nothing we could do. I reached Fred while he was between planes in Atlanta and he said he would be willing to rent a bike if we could locate a suitable one prior to the ride start.

Simultaneously, Steve was driving his RV around the vicinity, trying to find Elaine and David’s “camp” location where we were going to be staying. He called Elaine’s mobile to ask for some additional directions, but just as they were being given, Mitch and I noticed his RV pulled off the road as we whizzed by. David spun the SUV around, gathered up Steve and the RV in his wake, and we all headed to the camp.

After dropping Mitch and me to assemble our bikes, David and Steve went off to check out some possibilities for Fred, and ended up with a small Cannondale road bike owned by their daughter-in-law, along with a nice hybrid, including a rack, rented from a bike shop in Portland. Feeling proud of their accomplishments, they stopped in a nice pub near the airport to celebrate, then picked up Fred at the airport and returned to the camp.

Now, let me stop for a minute to review the facts. Having never laid eyes on, nor spoken a word to, any one of us prior to that morning, this kind and generous man spent the rest of the afternoon driving around the Portland area picking up, dropping off, and equipping our sorry crew. Finally home a bit before dinner time, he immediately joined Elaine to provide us with a wonderful dinner and delightful company until everyone was too full and tired to continue. Really, REALLY, incredible pair. “Oh, no. That’s just the way we are in Maine,” said Elaine. Wow! In that case, there are quite a few world leaders I would like to relocate to Maine. 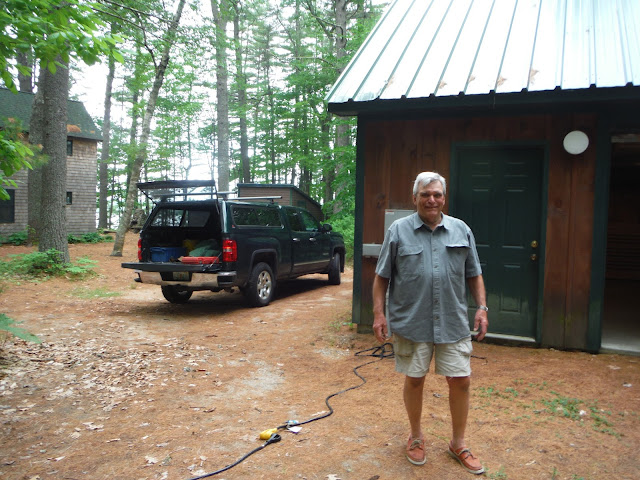 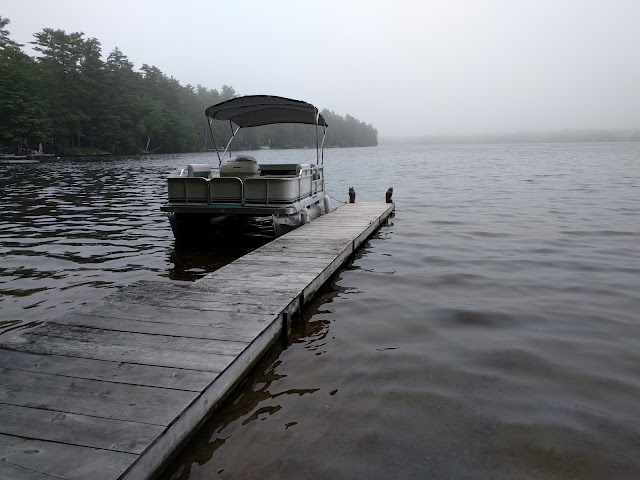 Oh, yes, and after dinner David took us all out for a pontoon boat cruise on Lake Watchic.

Posted by Seth Krieger at 5:45 PM No comments: