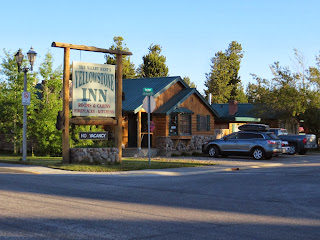 When I got into Jackson Hole yesterday, Fred and his wife, Pat, were waiting for me at baggage claim. After a pleasant ride up to Yellowstone, we checked into the Yellowstone Inn, which was comfortable enough, but seemed rather pricey for what it is. I guess it's par for the course in a tourist town like West Yellowstone. We then drove around the few blocks of downtown West Yellowstone over and over and over, until we finally agreed on the restaurant we remembered fondly from our last visit in 2011. Apparently it has changed hands, and names, since then, hence our confusion. Our waiter there was unreasonably amused by my order for Black Butte beer, which I pronounced, "Black Butt." Well, "byoot" or "but", it tasted pretty good, so I had another. After dinner I was up late re-assembling my bike.

Today's 72 mile ride, the first of the 2013 stage of our cross-country bicycling adventure, went just fine. We left West Yellowstone at around 9:30, after a hearty breakfast and saying goodbye to Pat, who would be driving Fred's truck back to Colorado Springs as soon as we pedaled away.

We were actually riding for five and a quarter hours, but we stopped for photos, to re-apply sunscreen, to grab a snack, etc, so it was after four when we rolled into our destination for the day: Ennis, Montana. Ennis is a nice little town, and our lodging for the night at The Riverside Motel and Cabins is just fine. We had no serious climbs today, but encountered enough road undulation to accumulate 1,500 feet of climbing anyway. Our current altitude is about 1,000 feet lower than West Yellowstone's, so on the whole it was a downhill day. We had a 10 MPH headwind in the afternoon, but our descent made up for it and it was not really a problem.

We are currently following Adventure Cycling's most popular cross-country route, so we have seen quite a few other touring cyclists along the way, and the places we have stopped are used to catering to cyclists.

I am quite frustrated that I was not able to adequately capture today's amazing scenery in my photos. Unfortunately I did not have time to master this new camera (Canon SX280) before leaving home. Perhaps using the panorama feature might have done the trick, but there is probably nothing that can capture the beauty and grandeur of this part of the country.

The high point today was about 12 miles along the Madison River and it's associated lakes, starting shortly after turning off highway 191 onto 278. The tall mountains, many of which still carry snow up top, springing up just the other side of the water, was really breathtaking. Every turn revealed another amazing view. Again, I apologize for my pathetic attempts below. 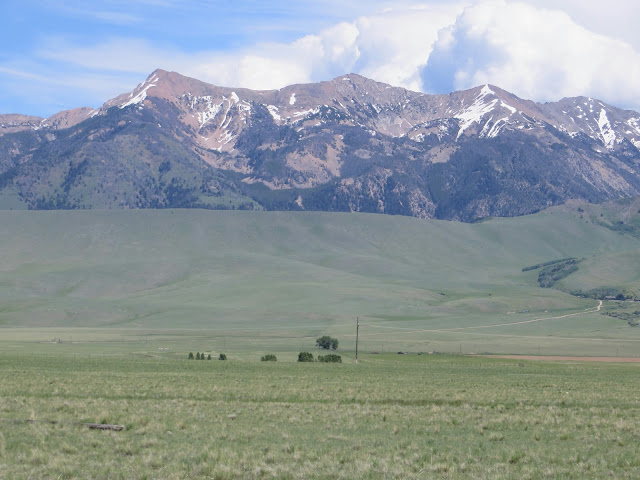 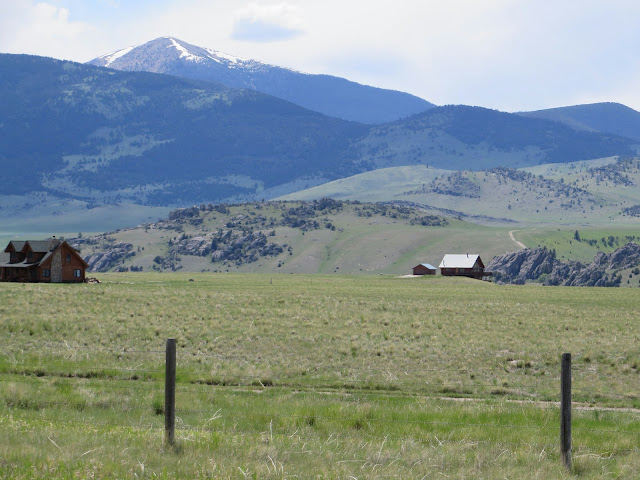 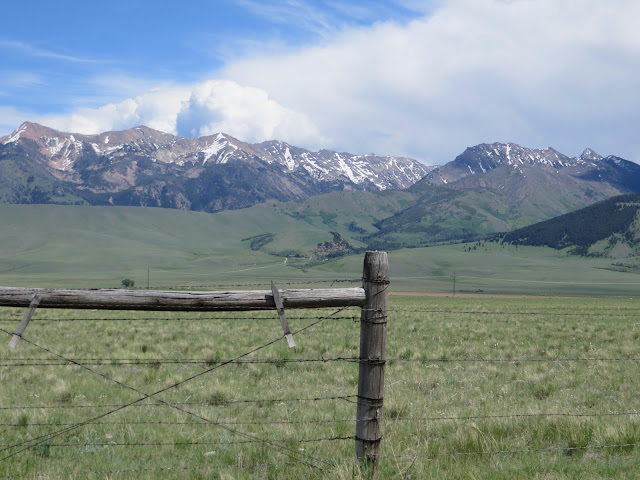 Below are some photos at our mid-way stop at the Driftwaters Resort in Cameron, MT. Rachel, the proprietress, was great -- welcoming us warmly and immediately busying herself with getting us some replacement calories. I left a comment in her Cyclists Sign-In book, which had plenty of other entries describing how she was an angel in times of need. 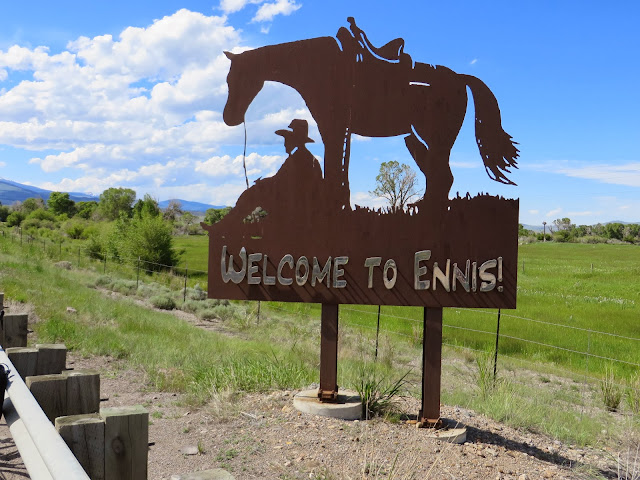 Email ThisBlogThis!Share to TwitterShare to FacebookShare to Pinterest
Labels: MIM